CFS/ME is defined as ‘unexplained, persistent or relapsing fatigue’ for six months or more. Therefore, such a diagnosis is possibly the least informative one you can be given as it tells you nothing about what is wrong with you. There is also thought to be no cure for it and it’s often deemed a life-long condition. Those who have received such a diagnosis will have become aware of how many specialists there are in different areas claiming to have the answer to treatment and frequently they contradict each other. You can go from immunologists, endocrinologists, neurologists, dieticians, therapists, psychiatrists, spiritual healers to GET. But the problem is that they all have a partial truth and one needs to view all these theories together as a whole much bigger picture. They are likely all correct in some way, but rather than having 100% of the answer they have 10% and these systems need to be looked at in terms of how they are interacting with each other, to lead to dysfunctional systems. I see it as the ultimate somatisation of psychological distress on the body and agree with Alex Howard’s conceptualisation that  “ME is a process where multiple systems, both psychological and physical, are interacting together in a dysfunctional way, resulting in the various symptom experiences” and Kyle Davies who states that “medically unexplained conditions of fatigue and pain are likely to have a number of causes that act something like a combination lock”. Similarly, recovery needs to involve a combination of many things and most importantly your own particular considered combination. You need to become the expert in your recovery, not taking any advice, medication or supplement without throughly considering and researching it yourself and then experimenting to see what works for you. Also while complete rest from everything is advised, if you are someone that has existing mental health issues and knows that you will struggle doing nothing then perhaps for you considering doing some small amounts of work/activity is a possibility, it’s all about figuring out what is best for you and not just doing what was best for someone else that you have been told about.  As with my view of psychological therapies, there is not a one size fits all treatment for CFS/ME and symptoms will vary greatly, but also you don’t need to know exactly what triggered you becoming ill for you to start recovering.

The conceptualisation that makes most sense to me that takes a holistic view on ‘why it happens and what has lead to it’ is the below from the Optimum Health Clinic:

Achiever Type – constantly pushing self to be and do more than currently capable of, tendency for perfectionism.

Helper Type – put needs and wants of others above own.

Anxiety Type – have an internal sense of danger, fear and threat. Either this is dealt with by being outwardly fearful or by convincing self and others that you are not afraid. There is a frequent internal feeling of things not being okay and the world is unable to help/support them.

Trauma Type – particularly developmental trauma where there is no single event, but the person has grown up in an unheld environment and the trauma has not been processed and takes a huge toll on the body when unaddressed.

Detox Type – problems with toxins due to a preexisting difficult to detoxify or tolerate them. Or exposure to toxins through work- paint, petrol etc

Then there are the External Factors:

These internal and external factors come together for the development of CFS/ME. So the question then is what brought on the illness at that particular point? Common triggers for a fast onset are emotional or mental trauma, vaccination, operation, pregnancy or viral infection, however some will experience a gradual onset with no triggers.

This results in mitochondrial malfunction and / or a maladaptive stress response leading to the symptoms of ME.

The psychological link in more detail:

“We’re not just little hunks of meat. We’re vibrating like a tuning fork-we send out a vibration to other people. We broadcast and receive. Thus the emotions orchestrate the interactions among all our organs and systems to control that” (Dr. Candace Pert).

Emotions and stress play a HUGE part in our physical experiencing. However, symptoms (especially unexplained symptoms such as pain, depression, anxiety, fatigue, headaches, sickness sometimes) are solutions, they are purposeful messengers, a tap on the shoulder from an unhappy body to alert you to what is wrong and offer an opinion about the nature of one’s interaction with the environment and others currently. They are telling us that feelings are trapped or buried and need to be listened to. Links between emotions and stress and physical conditions such as heart disease, cancer, among many many more illnesses are well known, and yet people often tend to ignore these warning signs provided by the body.

As such, the fact that there is a psychological component does not mean that the symptoms are not real, it means that emotional and mental distress will set off and worsen your symptoms, so part of your recovery needs to address this and notice the difference between when you are mentally, emotionally and physically exhausted as this will also determine what you need in that moment to feel better and also to establish how you can pace and balance such stressors. Sometimes your physical symptoms might not be too bad, but your brain fog, spacyness and forgetfulness (mental energy) will be worse and it’s important to notice this and what makes it worse. In fact some people describe the cognitive impairment as being more disabling than the physical symptoms.  A common symptom of CFS is anxiety, panic attacks and depression and as this will most likely effect your fatigue and symptoms, being hyper aware of the interplay between psychological and physical experiences is essential. Working out your window of tolerance for topics of conversation, activities/ things on your to do list that you can and can’t face and avoiding stressors or people that are too draining. It is your body’s way of teaching you how to look after yourself, find balance, recognise limits, so use it as a lesson and opportunity to discover what you hadn’t listened to previously, face what you have run from previously and try to remain creative of what you can do however small that may be, rather than drowning in what you can no longer do. It will lead to a huge amount of loss, grief and crises in identity, but when one’s identity and structures that kept them feeling safe are stripped away, the quality of the identity you rebuild will be something you are likely to be grateful for. Initially you need to accept that yesterday you might have been able to run miles, work all hours, be very sociable, do everything and be everywhere, pushing the limits, but you are not that person anymore, or at least for now. Trying to still be that person will make you much iller. But you can use your immense drive that likely contributed to the onset of CFS/ME, to find a way to recover, learn and grow from it. See what it has to teach you. It’s not helpful to listen to those that say it’s a lifelong illness, or join groups with people that have been suffering for decades. Instead read stories of recovery that inspire you and provide a glimpse of hope that it is possible, however far fetched it may feel at the time.

One final line of thought – If you have ever become light-headed or fainted at the sight of blood or a needle, or felt unable to move during or after a stressful/scary event (this could be from hearing a loud and unexpected sound, witnessing something horrifying, surviving a car accident, surviving trauma in various forms), then you have most likely experienced a moment of physiological freeze. This is a state that is facilitated by the parasympathetic nervous system that acts as a strong brake and is out of conscious control.

We go into a freeze mode when the two other modes of self protection are unsuccessful or unlikely to succeed. Shutting the body down and going into a hibernation, freeze-like state is a pathway designed to maximise survival when fighting, fleeing and connecting are not available options. This reveals how CFS/ME is not ‘in the mind’ or manufactured, instead a psychological component refers to how mental stressors/psychological distress contributes to a freeze-like mode being activated.

In humans, the factor that triggers the persistence of a survival state of fight, flight or freeze is initiated by experiences that elicit a degree of helplessness. This is what differentiates trauma from stress and the science of traumatic stress explains how survival states of nervous system function sometimes persist even after an infection or environmental stressor is gone or the threat seems relatively small.

“Facts suggest that ME/CFS is an evolutionary conserved, genetically regulated, hypometabolic state similar to hibernation/freeze that permits survival and persistence under conditions of environmental stress but at the cost of severely curtailed function and quality of life” (Naviaux, 2016) – see this website for more details.

Another final element that involves a psychological component is when people are convinced that CFS/ME is biological, incurable and that engaging in activity may cause more symptoms, they are far less likely to recover. This is not to suggest ‘mind over matter’ as some have and how GET recommends CFS sufferers to increase activity despite the symptoms being sent, using their mind to override the physical symptoms, instead it reveals how important it is to address the difficult feelings that may arise in being given such a diagnosis and the necessity of support for the likely anxiety and depression that will ensue and guidance of how to stay positive, motivated and hopeful. This is absolutely vital to limit the mental and emotional energy spent on feelings of depression, panic and anxiety, that will inevitably impact the whole range of symptoms.

Anyway, CFS/ME is an area that I have discovered can be difficult to receive clarity and support for and I am always happy to direct anyone to resources that I think are helpful, provide some clarity and offer support. 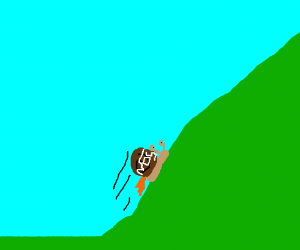 Learning to be ‘boring’, and learning to be the slow and steady tortoise by pacing yourself is integral. Also accepting that a whole range of emotions, mental energy and psychological distress will impact your physical symptoms and vice versa is so important.

View all posts by chekkietherapy